With more than 1,000 live television broadcasts under his belt, Colin Stone possesses one of the most unique television showreels in the UK.

Colin's TV career began at the age of 22.

After a spell in commercial radio, Colin joined STV Glasgow in May 2014 ahead of its launch as one of the 'faces' of the channel.

During his 18-month stint on the flagship programme The Riverside Show, Colin reported live from the likes of the 2014 Commonwealth Games, the Ryder Cup in Gleneagles, the Scottish independence referendum (and the subsequent George Square riot), the last-ever T in the Park, the Edinburgh Festival, the 2015 Rugby World Cup in England and the 2015 Davis Cup.

Colin featured in almost all of the 300+ live episodes of The Riverside Show, and presented more than 750 individual live segments. He also featured in a similar number of video packages, which were shot and edited daily.

From there, Colin joined STV News in January 2016 as a reporter and news anchor.

Over the next year and a half, Colin would go on to present live nationwide bulletins on Good Morning Britain, Scotland Tonight and the weekend News at Six. He also continued his live reporting, with stories like the discovery of 15-year-old Paige Doherty's body in Clydebank, as well as the annual Celtic Connections festival, Scottish Cup matches and the 2017 winter chaos on the railway network.

After leaving STV for Radio Clyde, Colin's biggest story came during the summer of 2018 when Glasgow's iconic School of Art caught fire for the second time in four years. His through-the-night reporting saw him broadcasting live nationwide on both Sky News and BBC Breakfast on BBC One. He returned to Radio Clyde for a one-off appearance in December 2019, covering the UK General Election.

Now in 2022, Colin has established himself as a regular contributor on crypto currency news items with the likes of BBC Radio Scotland, World Service, Radio 4 and the BBC Scotland channel. He's also presented features in a new series of The People's History Show, which is due to air nationally on STV. 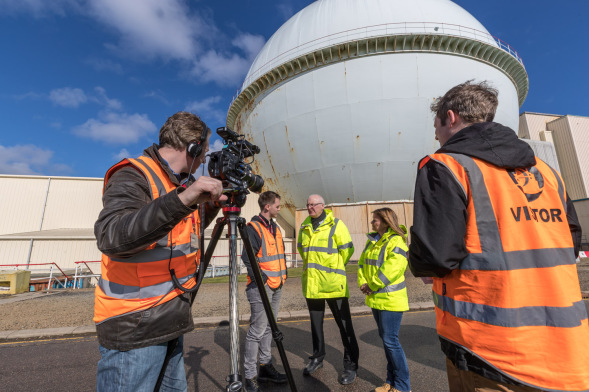